Water Journey and your drains!

As a company that deals with blocked drains in Derby, Nottingham, Sheffield and the surrounding areas, we at Inspect-A-Drain play an important part in assuring the water reaches your tap crisp and clean.  Have you ever wondered what happens to the water you see vanishing down your plughole or making a getaway for those grates in the road?  Well, ponder H2no longer.

Firstly, we should establish the difference between both types of wastewater, foul water, and surface water, as it is paramount to keep the two separate. 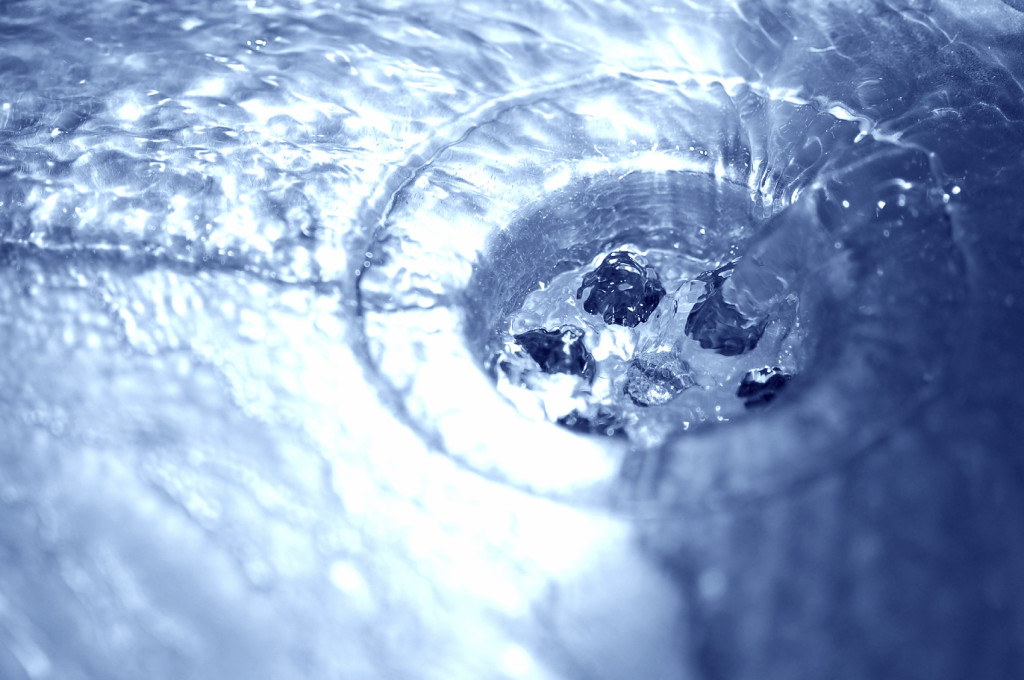 This is water that is discharged from the home from devices and conveniences such as toilets, baths, and kitchen appliances.  Once this is disposed of, it finds its way to public wastewater treatment works, a bio-digester unit or septic tank, where it is treated or stored for disposal prior to being released into the environment or treated further.

As opposed to foul water, surface water is liquid drained from paved areas or issued from guttering and drains.  These drains may be connected to pipes which form surface water sewers.

The difference between drains and sewers relates to the number of properties from which the water is removed.  Drains transport foul or surface water from one property, whereas a sewer transports it from two or more.

As you might expect, sewage and sewerage are closely related.  However, sewage is classed as the waste product transported by sewerage, which is the network of pipes that transport the affluence to the treatment plant.

Public Sewers and Surcharge
Public sewers tend to be in public open spaces, such as roads, however, they may also run through people’s private gardens.  They accept the sewage from smaller, private drains, as opposed to larger properties or industrial sewage.

However, when these flows exceed what can be kept, or transported, through the sewerage system, they will surcharge, or escape, through the weakest point upstream of a restriction.  The point where it surcharges will tend to be an inspection chamber. 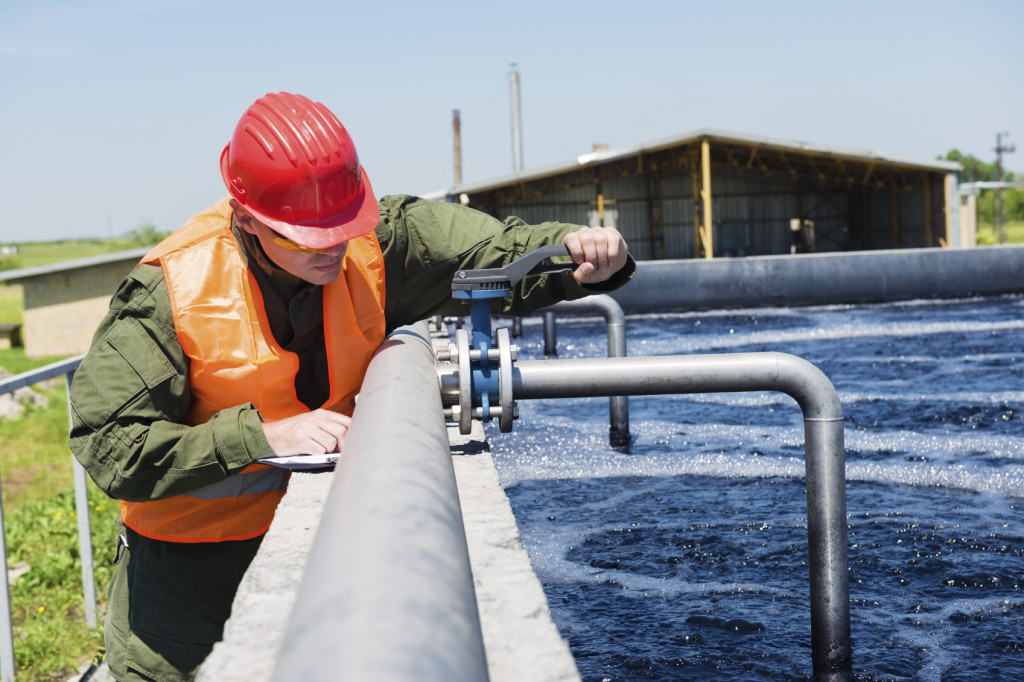 Once the wastewater has reached the plant, the first step is to remove large objects that would otherwise look unsightly returned to our river systems or could even break the treatment work’s equipment.  These items include matters we have discussed in our previous Drain Buster blog, such as nappies and other sanitary items.  It is also filtered to remove other debris, such as grit, which gets caught up in the flow.

At this point in the process, the wastewater consists of excrement or the slightly more appealing title of ‘organic solid matter’, so must be separated in large settlement tanks where the solids sink to the bottom in the form of sludge.  Mechanical arms and scrapers move around the spherical tanks to push the sludge towards the centre, where it can, in turn, be pumped away for treatment.  The water ebbs over the brim of the tank, where it is transported to the secondary treatment part of the process.

Whilst the liquid appears considerably cleaner without a large amount of sludge polluting it, there are of course smaller particles and germs throughout the wastewater which must be treated.  In larger sewage treatment works, this liquid is placed into rectangular tanks, or aeration lanes, where the air is pumped through it.  The ‘good bacteria’ then helps to break down the bugs and germs by eating them, multiplying and multiplying again, until only good bacteria remain.

More sludge is formed in the final treatment process, where the good bacteria sink to the bottom; some are recycled back to the secondary treatment section of the wastewater recycling process, the rest is transported to sludge treatment.  This sludge can be heated to promote the bacteria to consume it or dried into ‘cakes’; the former releases biogas, which can be burnt, like the ‘sludge cakes’, to create heat and, in turn, electricity.

However, back in the final treatment tank, like when the sludge free liquid ebbs over the edge of the tank in the primary treatment stage, the clean water passes over the wall at the top of the tank where it is either retreated, if the river to which it is to be returned to is particularly sensitive, or…

Returned to the River

The wastewater which is returned to our streams and rivers is carefully regulated by the Environment Agency as the water transported to some areas helps to keep those waterways healthy.  So take care when taking a dip in your local waterway, but you needn’t worry about coming face to face with any nasty surprises from our wastewater treatment works. 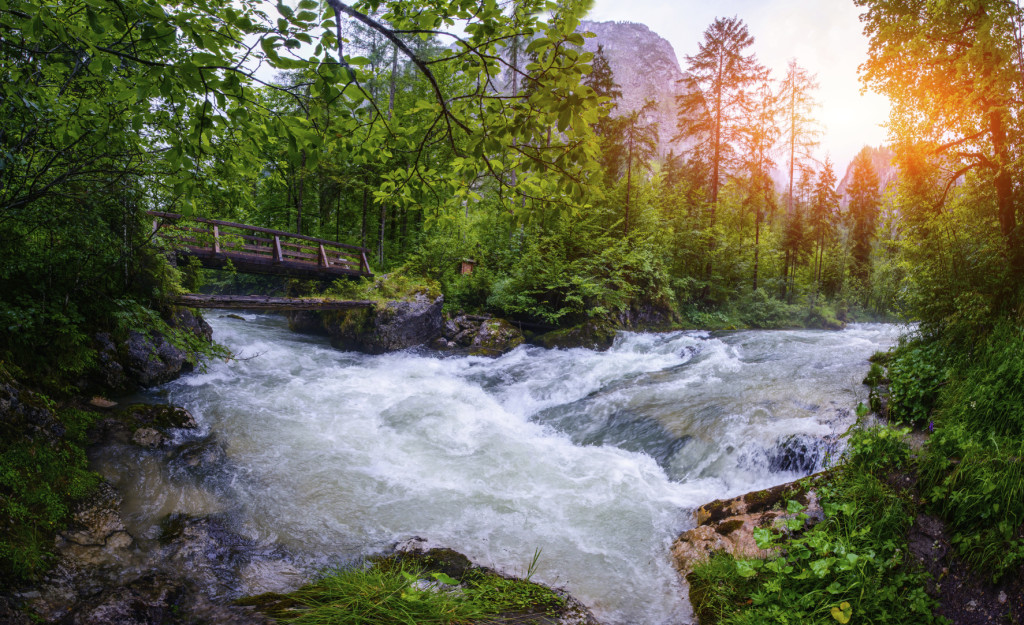 However, if you do find anything you feel is untoward, please contact your local water authority.  Due to the quantities of water that are dealt with, blockages can be expected, so if you are the unlucky one who may have the misfortune of finding such blockage and find yourself requiring help with your blockage issues, feel free to seek our expert drainage advice; we at Inspect-A-Drain are here to help.  Please contact us on 01335 360879, and help us help you with blocked drains.