How Does a Toilet Work in Space?

In space, no one can hear you flush.

Actually, this isn’t completely true, as we’re sure the other astronauts can. After all, flushing the toilet in the International Space Station is quite the affair. Water is out of the question, of course, as the microgravity makes it impossible. So, an alternative had to be found: suction. 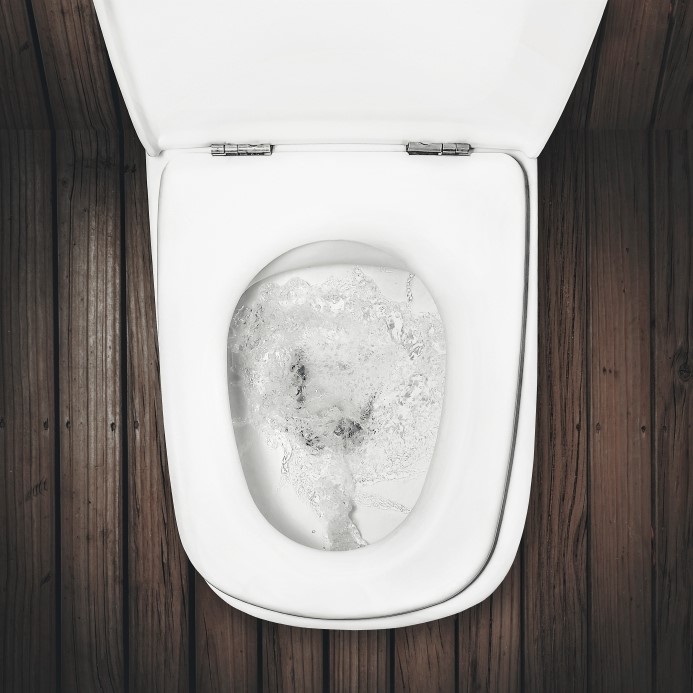 There are two toilets aboard the ISS, both of which work by directing waste through rapid air flow. Everything is used on the ISS, which means this air will be then filtered and cleaned to control odours and remove bacteria, before being sent back to the cabin.

In space, there are no separate toilets for men and women, but they do resemble the ones we have back on Earth – apart from the straps over the feet and the bars that go over the thighs, and which ensure the astronaut doesn’t just float away while using it.

The toilet system separates liquid from solid waste and, while liquids are released into space, solids are compressed and taken to earth to be disposed of.

How Does a Space Toilet Work?

For solid waste, astronauts simply sit down and ensure that they’re aiming correctly – the opening on the toilet is small, so positioning is extremely important. The suction will do the rest. As for urine, astronauts attach their own funnel to a long suction hose, which will carry away the liquid.

This funnel is different for men and women. The male funnel is two to three inches in width and is approximately four inches deep; the female receptacle is oval and its dimensions are two by four inches, with little holes near the rim that prevent too much suction.

For an explanation of how to use a space toilet, no one’s better at telling us than someone who’s used it many many times! One of the astronauts aboard the ISS, Samantha Cristoforetti, an Italian researcher who returned to Earth on 8 June 2015, gave a tour of the bathroom facilities in space for the viewers:

Things work differently in space, so it’s not surprising that the toilet is no exception! There’s nothing like it on Earth because we don’t experience microgravity, unlike the astronauts aboard the ISS.

Living in zero G means that the toilet needs to be able to direct the waste to the correct locations, as astronauts can’t rely on gravity to do the work for it – otherwise, the waste would float around, which is not the desired outcome at all!

At Inspect-a-Drain we’re always interested in how toilets work, whether they’re on Earth or in space, so contact us today if you require our Drain unblocking service or CCTV Survey and we’ll be more than happy to help with anything you need!